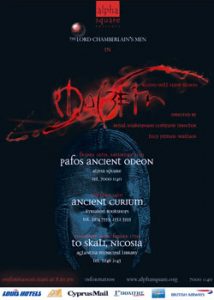 The Lord Chamberlain’s Men is a new London-based Shakespeare Company that aims to bring Shakespearean theatre back to its most original form. With an all-male cast, the company’s inaugural production of MACBETH is led by Lucy Pitman-Wallace, one of Britain’s leading woman directors, with an award-winning West End production already under her belt. MACBETH will be touring throughout the UK this summer, performing in Stately Homes and Heritage Venues, including the Garden of Nash’s House, where Shakespeare himself lived for the last six years of his life.

The production will include historically relevant costume, original music, Elizabethan dance and stage-fight to fire the imaginations of young and old alike. We can think again about this most famous of power-hungry couples, as for the first time in 350 years audiences will be able to see a ‘male’ Lady Macbeth.

MACBETH is Shakespeare’s most exciting, powerful and succinct tragedy – the ultimate thriller: a play about murder, power and corruption. A young military man has ambitions of leadership, and spurred on by his determined wife is driven to extreme means to get to the top. Performed in true Shakespearean style by an all-male London cast, this will be the must-see theatrical event of the Cyprus summer.

Performances start at 8.30 pm at the following venues:

ANNOUNCEMENT: 12 June
Due to the indisposition of Mr. Oliver Le Sueur, Mr. Mark Puddle of The Lord Chamberlain’s Men will be playing the role of Macduff at the Ancient Curium (14th) and Skali Cultural Centre (16th, 17th). 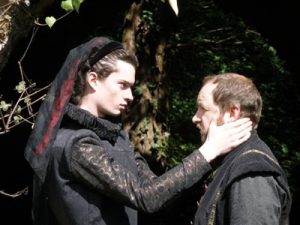 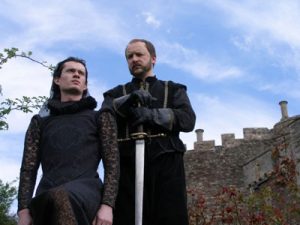 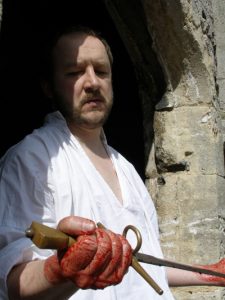