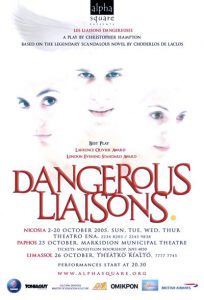 Dangerous Liaisons by alpha square
was voted by TimeOut Cyprus
as one of the Ten Best Theatre Productions of 2005.

A play by Christopher Hampton, based on the scandalous French masterpiece, an epistolary novel (1782) by Choderlos de Laclos.

Set in France in the 1780s, the scheming widow La Marquise de Merteuil asks her former lover Le Vicomte de Valmont to seduce the young and innocent Cécile Volanges in order to take revenge against another one of her ex-lovers who has asked Cécile in marriage. Valmont, on the other hand, has set himself a far more challenging project: to seduce the beautiful and devout La Présidente de Tourvel who is married. Merteuil doubts whether Valmont will achieve this, and so she raises the game by offering him a night with herself if there is written proof of his results. The war of seduction is at its peak and all victims will invariably be revealed.

DANGEROUS LIAISONS is performed in association with Theatro Rialto

Voted by TimeOut Cyprus as one of the
Ten Best Theatre Productions of 2005.
(January 2006)

An affair that will not be forgotten
…Echoing the spectacular [film] performances of [Stephen] Frear’s cast, Alpha Square’s production manages to capture the central themes of the story as well as entertain and touch the audience. …

Hampton believed Dangerous Liaisons to be “the most profound analysis ever made of love and sex”, as he himself put it in an interview, and the actors in Alpha Square’s rendition certainly do this bold pronouncement justice.

With a minimalist setting of a velvet Victorian couch (also used as bed), a card table, and two simple chairs, this play invites the audience to focus on the characters, their facial expressions, body language, and of course, the script.

Andreas Araouzos and Alexia Paraskeva, played the lead villains, Le Vicomte de Valmont and La Marquise de Merteuil, respectively. Both gave strong, engaging performances and were able to capture the audience and allowed everyone to access the sometimes complicated dialogue.

If you looked hard enough you could see the evil in their eyes as they hatched their devious plans and displayed subtle ranges of character that helped create their three dimensional performances.

In the Vicomte’s scenes with La Presidente de Tourvel, for example, Araouzos carried many of the scenes with his elaborate speeches, taunting pauses and explosive declarations of love. He also managed to bring out the play’s scandalous nature with his humorous sexual insinuations.

Although she occasionally fumbled with her lines, Alexia Paraskeva was also able to show the extreme smiling cruelty of her character through her twitching smiles, cutting wit, suppressed anger, and the element of detachment that she made evident when she spoke of men ruining and controlling women’s lives.

Then as the Vicomte subtly fell in love with his prey and began to lose his composure, Paraskeva showed a certain amount of growing revulsion and hatred for him – she truly appeared heartless.

The rest of the cast, although some had stronger performances than others, was generally believable and contributed to a very heated, morally ambiguous, controversial play. Although the finale and death of certain characters came about a bit unexpectedly, the play as a whole was very well put together.

Ending with La Marquise de Merteuil suggesting that the characters stop speaking of the tragic deaths that have occurred and continue with the game you get the impression that she is not just talking about the card game they are playing.

A whole game of seduction is presented in this play and the young and innocent end up suffering with the guilty. Described by The Guardian as ‘Satanic Magnetism’, Dangerous Liaisons was remarkably put together and performed by Alpha Square in a very memorable production.

Universal and timeless themes of spite, deceit, lust, jealousy and self-obsession have not been seen in as masterful a play since Shakespeare’s Othello.
Anne Hopper, The Stage

Messages from the Audience:

The beautiful costumes, the set and the music created a fantastic atmosphere which came to life with the brilliant acting.
The professionalism and attention to detail indicated how much hard work you have put into it.
Congratulations and all the best for the rest of your performances!

Very slick, convincing and professionally portrayed. You used the space and set very well and costumes were exquisite.

[We] really enjoyed the performance and think you put on an outstanding production worthy of the West End plays here.

I would like to congratulate you on another excellent production and performance. We thoroughly enjoyed your play.

Warm congratulations to the cast and the crew on a very professional and impressive production.
It’s encouraging to see more English language plays in Cyprus. More of the same please!

Congratulations!
The play was great, the performance superb…magnifique.
Thanks.

The performance was very enjoyable, you and the whole cast deserve a big applause.

I caught the play in Paphos last night and thought that it was EXCELLENT.
Sincere congratulations to all concerned.
Brilliant interplay between Valmont and Merteuil and outstanding support from the rest of the cast.

Just thought I would make contact to let you know how much I and my friends enjoyed the performance at the Rialto last night.
First class – congratulations to all involved. 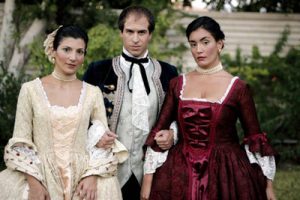 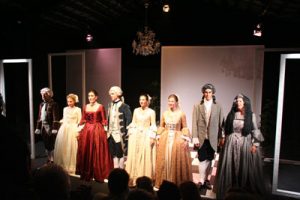 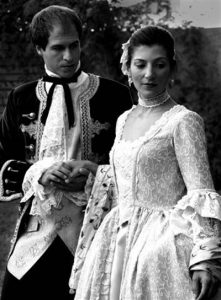 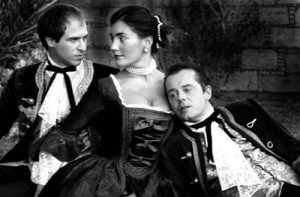 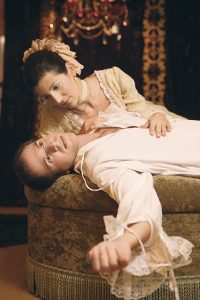 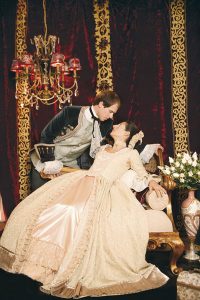 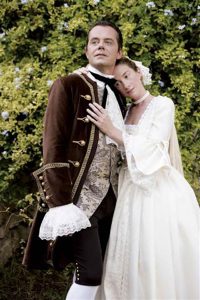