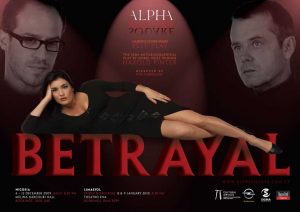 Alpha Square returns to stage this December with yet another award-winning play that has marked the history of playwriting. A story inspired by the playwright’s own experiences: Betrayal, by Nobel Laureate Harold Pinter.

One of the major works by the leading English playwright, Betrayal features a number of Pinteresque writing attributes such as the economical dialogue, the hidden emotions, the veiled motivations, dishonesty and (self) deception. A woman, her husband, her lover and their passage through time… 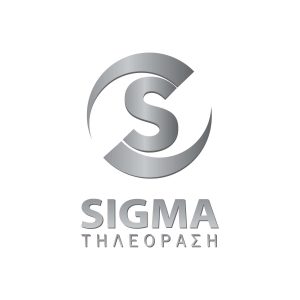 From 1st December, reserved tickets will be at the theatre box office,
daily from 7.30 – 8.30 pm for collection and payment
before the day of the performance you have booked for.

*** On Thursday 10th December, the performance will be followed
by a Q&A session with the cast and (TBC) the director. THIS IS SOLD OUT!

Extra Q&A session with the cast, after the performance of Wed 9th December.

I relished “Betrayal”. Andreas Araouzos, Alexia Paraskeva and Paul Stewart, understanding that the main axis of the play is the search of human relationships, they project the sides and not the apices of the triangle. They do not compete, they collaborate as instruments in a musical trio, thus achieving to give us the music of one of Pinter’s finest texts.

I really enjoyed the opening night of Betrayal. I will admit to having modest expectations – Pinter, done inexpertly, is pretty indigestible. So imagine my delight to be witness to such a professional production that got to grips with the central tensions and engaged me from the start. I’m afraid I was not surprised by the individual performances though – usual highly accomplished ones. Congratulations to everyone involved. I’m coming again! (JB)

Everyone should go and see the production of Pinter’s Betrayal. Such an interesting and unusual play with excellent performances! (AZ)

Just to let you know 8 of us came to see Betrayal last night and thoroughly enjoyed it. It was my first attendance at a local production and thought the scene and acting excellent. Many thanks for a lovely evening. I look forward to your other productions. (SS)

Thumbs up for the play and the performance for all of you!!
Congratulations!! We loved it! (EH)

A tale of dishonesty and deception

Quite unlike most of the fare on offer at this time of year, Harold Pinter’s Betrayal tells of the heart break involved in an extramarital affair. ZOE CHRISTODOULIDES reports

A woman, her husband and her lover; you can’t get much more exciting than a big dose of Betrayal on stage. Markedly different from all your usual jovial Christmas entertainment, the well-known Alpha Square theatre group is returning this winter season with a story full of hidden emotions, veiled motivations, dishonesty and self deception. And what’s really interesting is that it all begins at the very end, as reverse chronology works to build up the tension as audience members travel back through time.

While audiences were sitting on the edge of their seats with last season’s production of Doubt, Alpha Square has worked up quite a reputation for staging top quality English plays for crowds looking for something a little different to most local shows.
This time round all the action is based on the award-winning play by English Nobel Laureate, Harold Pinter, as things spring to life within the Melina Mercouri Hall in Nicosia, to be followed by shows at Limassol’s Theatro Ena. Starting off in the capital between December 4 and 13, there’ll be a pause between performances during the Christmas break, to be followed by two shows in Limassol on January 8 and 9.

Keep in mind that on December 10, the performance will be followed by a Q&A session with the cast and this year’s well-known director, Evis Gabrielides. As for the protagonists of the show, expect to see the usual suspects with Andreas Araouzos, Paul Stewart and Alexia Paraskeva stepping into the limelight.

Why does one decide to stage a tale of adultery and erotic secrets during the festive season? “Let’s just point out that the play has little to do with Christmas,” chuckles Araouzos who is also the play’s producer. “I’ve been waiting to do this play for a long time and we really realised just how phenomenal the writing is from the first moment we read through the script in rehearsals. From the way Pinter constructs his characters to the dialogue itself, it really is genius.” It’s worth pointing out that Pinter was given the Laurence Olivier Award for ‘Best Play’ in 1979 shortly after Betrayal premiered at the National Theatre in London.

As for the ins and outs of the gripping story, some will know that it’s one inspired by the playwright’s own experiences. Brought on by Pinter’s clandestine seven-year extramarital affair with BBC Television presenter Joan Bakewell, the story exposes different permutations of betrayal relating to an affair involving married couple Emma and Robert with Robert’s close friend, Jerry.

Emma and Jerry’s involvement brings on a spur of emotions that the playwright seems to capture in the moments that one would least expect it. “He depicts the undercurrent brilliantly – it is what is not said that really matters,” explains Araouzos.
Pinter’s use of reverse chronology in structuring the plot is particularly interesting, with the first scene taking place at the end of the affair and the final scene ending when the affair begins.

“It’s a beautiful way of analysing relationships because it’s so interesting for the audience to start off knowing more,” says Araouzos. “I don’t think you would have had to experience a betraying love affair to get into the play. It’s about the basic idea of bonding and what you need out of any close relationship.”

Reaching out to the modern audience, suffice it to say that it all feels extremely raw and real given that it is based on true experiences that the playwright went through.
“The subject of a love affair is obviously eternally relevant. But Pinter’s beautiful writing makes one realise that what is really a key element of our feelings is not necessarily obvious,” adds Araouzos. “It’s got to do with everyone needing to cover their own needs. And when a secret is revealed, the value of revelation is more complicated than one would imagine.” 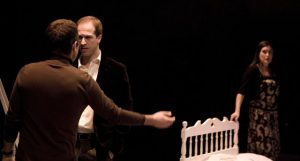 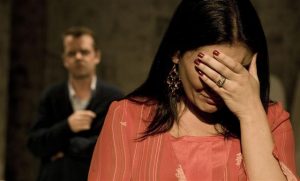 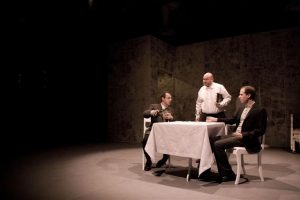 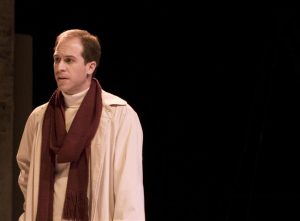 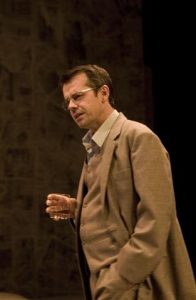 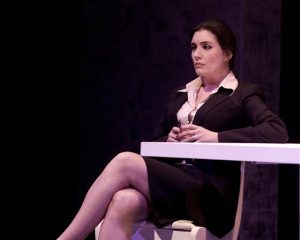 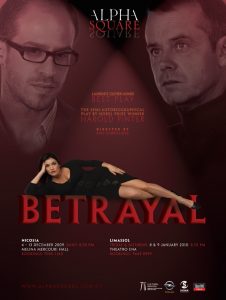 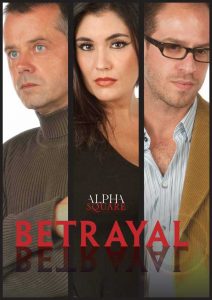